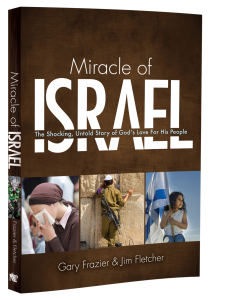 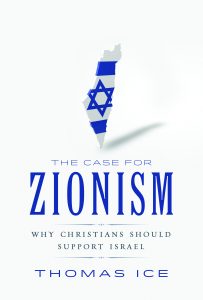 “No matter which way news cameras and microphones turn to capture the troubling issues and events of the hour, they will always turn back to Israel and to Jerusalem in particular.”

This is a statement I have made in one form or another in most every book I’ve written. It is as if that most volatile point on the globe is like the magnetic north is to a compass. The needle’s tip can’t resist the tug God’s chosen land presents.

One senses, if attuned spiritually while watching the times around us unfold, that the world is on the precipice of truly prophetic movement. Observers of the American presidential election process of 2016 were for the most part stunned by the election of Donald J. Trump. Shock waves so shattered the polling-predictions and punditry-prognostication that political and social equilibrium continues unrecovered. Our national environment quivers and reels under the anger and anxieties of those who expected a different outcome of the election in which they believe their worldview was unfairly defeated.

There is no doubt—in this writer’s view, at least—that this election turned out as it did, with Trump becoming president because God intervened. I do believe wholeheartedly that 2 Chronicles 7:14 helped bring about the intervention. However, this is not because America is a godly nation or that Mr. Trump is a godly individual. But the dramatic shift in direction the United States is in process of taking, I’m convinced, portends prophetic developments beyond what most believers might consider.

Prophetic movement, I believe, will, from this point forward in 2017, shape America and the world in ways no other generation has experienced. Attention at the moment is concentrated—the cameras are turned—on hatred of the man God has raised up for this hour. There can be scant denial that the forces of globalism, liberalism, and news and entertainment media, D.C. establishment-types and even some corporate entities in America are bent on destroying this presidency.

However, those cameras and microphones are about to turn dramatically back to capture issues and events of far greater import. I believe we are on the cusp of seeing the world truly being shaped for the wind up of the Dispensation of Grace—the Church Age.

Israel is about to again step front and center upon the world stage. This year and beyond will perhaps bring the prophet Zechariah’s foretellings about God’s chosen nation in to focus as never before.

The new president has said he is seriously considering moving the American embassy in Israel from Tel Aviv to Jerusalem. This action, alone, will, if it eventuates, likely cause Middle Eastern ramifications we can’t totally foresee.

Mr. Trump’s expected embrace of Israel and its prime minister is exciting to think upon, but troubling in its prospective results.

Next year marks the 70th anniversary of Israel’s rebirth into modernity. Might that year bring the ratcheting up of prophetic stage-setting? —For the Jewish state’s starring role as the Lord brings mankind’s rebellion to a head?

Dr. Thomas Ice, the foremost scholar on matters involving the Pre-Tribulation Rapture view, is a long-time friend and colleague. There is no one, in my opinion, who possesses a more in-depth knowledge of Bible prophecy, particularly as it relates to Israel. If we are to grasp the true meaning of prophetic developments exploding upon the scene day by day, it’s essential that we look intensively at Bible prophecy as given in God’s Word, the Bible.

Again, there is no person of whom I’m aware more qualified to break God’s prophetic Word so that it can be understood in terms of where we stand on His Prophetic Timeline than Dr. Ice.

‘m excited and pleased to be among the first to be given opportunity by his publisher to offer you—in a very special package—a book that is one I’m convinced the Lord is providing at this crucial moment. It is a volume that every believer should read in advance of what is going to be, in all likelihood, tumultuous years ahead for Israel, the Middle East, and for the whole world.

The Case for Zionism: Why Christians Should Support Israel

Dr. Ice, like many of us who observe things involving Israel today, is troubled by the way that nation is viewed by a growing number of clergy and others within Christianity. A synopsis of this outstanding work reads as follows in that regard:

“The modern state of Israel has been a nation for almost 70 years. When she was formed, and fought her early wars of existence, most Bible-believing Christians believed there was a real connection with what was going on in the Middle East and Bible prophecy that predicts an end-time return of the Jews to their land. While support for Israel remains high in most evangelical communities, we are seeing the beginning of a decline, especially among younger evangelicals, who question whether modern Israel really relates to end-time Bible prophecy.

“The Case for Zionism attempts to bring together biblical, historical, and legal arguments for the legitimacy of the startup nation known as Israel as it:

-Explains controversies such as anti-Semitism and Replacement Theology
-Details the biblical and legal rights of Modern Israel
-Explores the prophetic nature and future of Israel.

“In this presentation, Thomas Ice answers many of the contemporary arguments being used by both secular and religious communities to undermine what he believes is the hand of God at work in our own day.”

Fruchtenbaum, in his foreword, writes of the various forms of anti-Semitism that is more and more becoming manifest at this time. He implies that it is essential for believers to appropriate an understanding of the opposition against Israel.  He writes in conclusion, the following:

“This is exactly where Dr. Ice’s book makes a valuable contribution and shows biblically why all Christians should support Israel.”

This outstanding book can be purchased by itself, of course. However, the publisher is including in this package the following book about God’s Chosen nation:

Miracle of Israel: The Shocking, Untold Story of God’s Love for His People by Gary Frazier and Jim Fletcher is a book I’ve written about before.

Both Gary and Jim are great writers who I’m thankful to call friends. Jim, a superb investigative journalist, and editor, of course, writes our weekly column on Israel, about which I receive compliments over and over.

Gary is one of the most knowledgeable Bible teachers, lecturers, and frequently interviewed experts on Bible prophecy. Together, he and Jim have produced a book that should be in every home library. Israel, as Dr. Fruchtenbaum wrote above, should be thoroughly understood by Christians today. This book, in tandem with Dr. Thomas Ice’s book, will go a long way toward providing the depth of understanding needed as we face these next years that are bound to be fraught with prophetic stage-setting realities.

Authors Frazier and Fletcher invite the reader to join in watching God’s hand as He directs these closing years of the age.

“This is a book about miracles of history that affect each and every one of us, whether we recognize them or not. We will ponder how the Creator God has and is working in the history of His world. In the end, we will see that God has done and will do exactly as He promised as recorded in Isaiah 46:9–10, where He states:

“The Creator God had a plan from the very beginning, and if we look for His hand in world history, both past and present, we can be certain of His hand in the future.”

These are two truly outstanding books that can help immensely in your study of Bible prophecy. I highly recommend this special offering of two great volumes in one package at a great price.

Another thing to consider is that Rapture Ready will receive a part of the price of the book offer, meaning you will help contribute to funding the site by buying the package.

As you know, we have had the site completely reworked to bring it into the age of the highly-advanced devices now available. This will give Rapture Ready an even greater reach for our Lord’s great cause.

The work on the site wasn’t without considerable cost. We will appreciate any funding help, as always.

From now until March 31, you can take advantage of a very special offer. You can purchase this two-book pack: The Case for Zionism by Thomas Ice and Miracle of Israel by Jim Fletcher & Gary Frazier for only $20 (this includes free shipping). Follow this link to order—> http://www.nlpg.com/the-case-for-zionism-info.