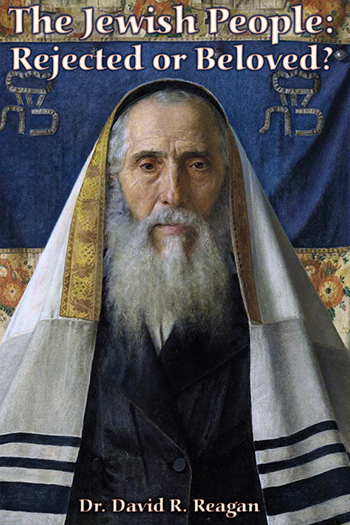 Zola Levitt and I were in conversation while I was in Dallas a number of years ago. Zola was telling me about the time he and Dr. J. Vernon McGee were together on a television program.

Dr. McGee stated on that program that he didn’t necessarily see the nation Israel being back in the land of promise as fulfillment of Bible prophecy. Dr. McGee stated that he thought it possible, even likely, that the current Jewish people of the Israeli state might be removed from the land for later regathering and fulfillment.

Zola said a rather heated, on-air confrontation ensued between him and McGee. I believed him, knowing the passion my friend Zola had for Israel.

Dr. McGee loved the Jewish people, too, and advocated strongly for the Jewish state during the many years he preached in The Church of the Open Door in Los Angeles, then when he taught during his daily Thru the Bible radio programs, which still air today, well after he went to be with the Lord in 1988.

I told Zola—this would have been around 2003—that if Dr. McGee could have witnessed all that had transpired and developed since he left this fallen sphere, he would have a different view regarding the current disposition of Israel. I added that I bet he knows better now. Zola only said in response that he would certainly hope so.

Those two saints are now in complete agreement on everything, while in the presence of their Savior, I have no doubt. I don’t know if they hang out in heavenly get-togethers and discuss what’s going on down here or not. I do know one thing: If they do, both saints are looking down and approving wholeheartedly of perhaps the very best book I’ve yet had the privilege of reading about God’s dealings with the Jewish people and the world’s treatment of same.

Dr. David Reagan forges into matters surrounding God’s chosen people with spiritually empowered intensity. At book’s end, he has thoroughly made clear things that have baffled Bible scholars and neophytes alike in these late days of human history.

The Jewish People: Rejected or Beloved is a book of scriptural depth and richness of explanatory acumen. Anti-Semitic thought is washed away from the platform of debate in the book’s powerful, flowing argumentation.

Anti-Semitism is at the heart of the world’s growing resentment that once again comes against the nation Israel, make no mistake. This volume takes the reader, in concise and easily understood fashion, through the perpetual hatred that has engendered genocide against this people, chosen from the foundation of the world to bless mankind and serve as prototype for God’s dealing with humanity.

Reagan forewarns at the book’s beginning:

I am sorry to say that the message I am going to share with you is one that the Church at large hates, and hates with a passion. For almost 2,000 years the Church has taught a lie about the Jewish people. That lie is the assertion that because the Jews killed Jesus, God has washed His hands of them and has no purpose left for them.

As I will show in this book, that assertion is blatantly contrary to the Scriptures and has resulted in unimaginable suffering.

Romans 11:29 says “the gifts and the calling of God are irrevocable.” God called the Jews to be His Chosen People (Deuteronomy 7:6–9), and they remain so today. The time is long overdue for the Church to recognize this fact and accept it. Until it does, the Church will never fully understand God’s plan for the ages.

Replacement theology is rampant, with much of the church of Jesus Christ—probably a great majority—believing that Israel has been replaced in God’s great, prophetic promises. Reagan tells in vivid and unmistakable fashion about the whys and hows of this satanic assault’s beginning, where things stand at present, and to what end all of this vitriol against the Jewish race and Israel, the nation, is rushing this judgment-bound world of anti-God rebels.

The author deals with the difficult subject of the “Dual Covenant” theological postulation championed by such staunch defenders of the Jewish state as John Hagee.

Pastor Hagee continued to emphasize his belief that the Jewish people do not need Jesus. He stated he was not trying to convert Jews to Jesus because “they already have a faith structure.” He characterized Jewish evangelism as “a waste of time.”

In all of my study I’ve not been provided such exquisitely detailed unveiling on this convoluted matter as this book presents. Dr. Reagan shows with clearest explanation possible how there is but one gospel, or salvation message, that applies to all of humankind—Jews and Gentiles alike. Chapter 6 of this book alone is more than worth the book’s purchase price.

I can tell you without reservation that I will have this one close by my side when preparing for future books I’m writing—if the Lord allows—as well as for speaking assignments.