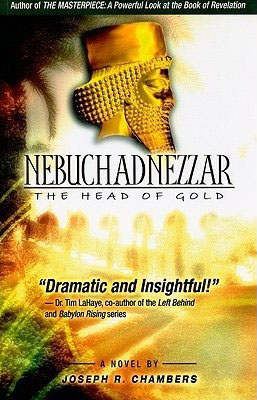 Desert storm, the first Gulf War, grabbed the attention of the world’s diplomatic elite and stirred the anxieties and fears of much of earth’s inhabitants. The geographical region that comprised ancient Babylon was thrust thunderously, in lightning-like fashion, into the spotlight of end-times thinking.

Since that time, Bible prophecy seems to scroll across our news headlines in an astonishing, minute-by-minute unfolding of issues, events, and geopolitical conditions that set the stage for Christ’s second coming. The essence of all the wickedness of the world seems to have been supernaturally lifted from across the globe to which it has been scattered, and been flown back to and concentrated at the earthly fountainhead of evil—Babylon. Modern-day Iraq continues to be as much a worry to the international community and to the rest of the world as does that most prophetic nation of all—Israel. Zechariah, chapter 5, seems to be fulfilling in this generation.

Babylon—it is the city and nation mentioned second only to Israel and Jerusalem in the Bible. Nebuchadnezzar is the earthly king of importance in the Old Testament second only to King David and perhaps to David’s son, Solomon. This great king’s kingdom was given end-of-days significance like no other. King Nebuchadnezzar was the earthly potentate who serves as the apex of all earthly kingdoms, according to the prophecy given Daniel the prophet.

Daniel both told details of and  interpreted Nebuchadnezzar’s prophetic dream, in which the king had a night-vision of a gigantic, metallic, man-image. When Daniel had finished detailing the dream, he said, in beginning the interpretation: “This is the dream; and we will tell the interpretation thereof before the king. Thou, O king, art a king of kings: for the God of heaven hath given thee a kingdom, power, and strength, and glory. And wheresoever the children of men dwell, the beasts of the field and the fowls of the heaven hath he given into thine hand, and hath made thee ruler over them all. Thou art this head of gold” (Daniel 2: 36-38).

All of the world-dominating kingdoms that have ruled in history past are encapsulated in this prophetic dream-vision of the metallic man-image, beginning with the “head of gold”—King Nebuchadnezzar and his rulership. Much more astounding, however, is the fact that the final kingdom—the regime of the much-speculated-over beast, the Antichrist—is to be found lurking just ahead in the feet of Nebuchadnezzar’s prophetic vision. You and I are presently a part of the forming of the last of this prophetic man-image.

And this is where Dr. Joseph Chambers speaks with unique creative skill to this generation about things involving that ancient prophecy. He orchestrates a literary work that reads like history surging powerfully through the annals of time, making the learning about where we stand on God’s prophetic timeline enthrallingly entertaining. It is a novel  that cannot be classified as fiction. It occupies a category all its own—one I prefer to call “faction.”

The author weaves intrigues and romance, as well as the brutish nature of the times, into a story about the king and his  princess, Amytis, who becomes his queen.

Nebuchadnezzar: Head of Gold is  a magnificent love story, with, as example of that fact, one of the seven great wonders of the ancient world—the Hanging Gardens of Babylon—being constructed just for the king’s wife. But it is Chambers’ skillful finessing of ancient biblical history that is all-important in bringing the reader an epiphany-producing understanding of where troubling although exciting events of today in that area of the Euphrates will culminate in the consummation of human history and the return of Jesus Christ, the King of all kings.