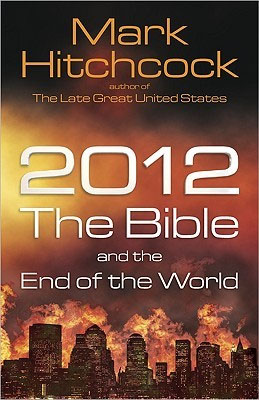 One senses the fear building. “The end is near!” A mental image of the little bearded man in a long robe holding a placard affixed to a wooden stake with those words in broad red letters comes to mind. Only it isn’t a cartoon we are facing, but the end of the world as we’ve known it. Planet earth is about to—because of powerful astral alignment dynamics—most likely suffer instant pole reversals, thus horrific tectonic plate shifts. This will cause the catastrophic end for most, perhaps all, human life. This is the fear of proponents of ancient Mayan Calendar predictions.

The year 2012 is but some twenty-seven months away, and the hype is on. December 21, at 11: 11 pm Universal Time of that year will…well, we don’t really know. But, it will—according to pundits from scientists, astrologers, and religionists to new agers, fiction writers, and documentarians—be very bad indeed for inhabitants of the earth.

My favorite writer in the Bible prophecy genre has tackled the hoopla surrounding the 2012 specter and, with his always calming perspective based thoroughly on what the Bible has to say, makes unmistakably clear and understandable the truth regarding the Mayan Calendar prophecy. Dr. Mark Hitchcock, in 192 pages, gets to the heart of the doomsday prediction presented by shamans who have been dead for centuries. In this masterful work, while other authors of voluminous tomes on the 2012 matters consider writing second, even third volumes, Hitchcock points with precision in this tightly crafted book to where the reader should devote concentration about 2012.

The author points out the explosion of information about the subject of 2012. He writes that 187 books appeared when he searched Amazon on the topic. He indicates that when he Googled “2012,” there were almost 60,000 hits. He writes that new books are appearing on the Internet and in bookstores almost every month.

So, why another book? What could I possibly say that has not already been said? Perhaps the best way to answer this question is to point to the title of the book. As the title suggests, my focus is to examine the 2012 phenomenon from a biblical perspective, primarily from the vantage point of end time Bible prophecy….While many other 2012 books mention the Bible or Bible codes, they don’t look at 2012 through the lens of Scripture; rather, they look at Scripture through the lens of 2012. They pick and choose selected verses from the Bible, especially from the Book of Revelation, to support their vision of what the future holds….This book is written with one purpose in mind: to examine and expose the 2012 deadline in light of Bible prophecy and present what I believe the Bible reveals about the end of the age.

I agree with the author. My own recent interview for The Nostradamus Effect documentary on the History Channel will doubtless be cut and shaped to   point to how Bible prophecy such as that involving the rapture (the primary subject about which they quizzed me) might contribute to giving credence to the “prophecies” of Nostradamus, and to the Mayan 2012 prediction. I’ve never known a secular documentary to use the Bible in checking for truth of the prophecies that are non-biblical. The Bible, in such cases, is used in such a way as to presume its support for those extra-biblical foretellings. Always they look at Scripture through the lens of whatever non-biblical prophecy they are presenting.

Mark Hitchcock, in dynamic fashion—yet with his trademark graceful use of reason tempered by a profound understanding of God’s prophetic Word—shines the spotlight of truth on the ominous things of the 2012 prophecy. To get a quick, thorough, and easy-to-read, Bible-based understanding of what the growing 2012 hysteria is all about, this is the only book you need.

2012: The Bible and the End of the World is the book on the 2012 matter I can without reservation recommend to best bring you, the reader, understanding of what the future holds.