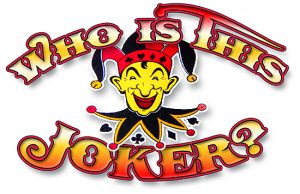 Q. What is the most important decision you can make in your life?

A. What you do with Jesus Christ’s free gift of eternal life.

In the early 1980s, I spent several months searching for the elusive gift called eternal salvation. I had prayed the sinner’s prayer several times, and because I still felt the same, I figured God and Todd had somehow failed to make that final connection.

My fixation on the idea that I needed to experience some sort of supernatural transformation kept me searching. When people asked me about when I had become a Christian, I’d honestly answer, “Well, not yet,” to their surprise.

The breakthrough came on the night of August 11, 1983 at a country church located in the backroads of northwest Iowa. It was there that I discovered I had been a knucklehead for not realizing how simple the process was: You confess Jesus as your Savior and you believe His blood is able to wash away your sins.

Because of its pure simplicity, the story of the thief on the cross has to be my favorite conversion story. One of the two thieves crucified with Jesus acknowledged he was in big trouble by saying to his fellow malefactor, “We receive the due reward.” He then affirmed Jesus’ sinless state by proclaiming, “This man has done nothing amiss;” and finally he asked Jesus, “Remember me when Thou comest into Thy kingdom” (Luke 23:41-42).

I don’t know of anyone who watches more news broadcasts, reads more news articles, or browses more news-related web pages than yours truly.

The earliest indication that I had a strong interest in world news was when I attended elementary school. We used to receive a weekly current events magazine that was tailored to young readers. I was fascinated with the international content of those magazine articles.

When I was in junior high school, the history instructor would hold a class competition every Friday to test our knowledge of current events. I would correctly answer just about every question; it amazed me how little my fellow classmates knew about the most basic news stories of the day.

During the early 1980s, my interest in current events started to expand into an interest in prophecy. No particular person or incident sparked my interest in this subject; I just began to realize that if the events outlined in the Bible were going to someday take precedence over every other occurrence in our lives, I would be wise to take note of those events now.

I started The Rapture Index when I noticed how wide-ranging different prophecy commentators’ observations were regarding the signs of the times. The Index was designed to standardize the most-watched prophetic signs and to determine whether end-time trends were occurring.

In 1987, I bought my first computer, an Apple II clone made by the Franklin Computer Co. One of the first projects I worked on with that computer was a list of some 45 prophetic topics that will likely become active before Jesus Christ’s return for His Church.

In 1989, I purchased a 286 PC, and had to switch all my Basic files over to DOS. The following year, I discovered the Internet when I signed up with a local bulletin board service. At that time, several Omaha BBSs were part of a nationwide newsgroup network. I first started publishing my Rapture Index updates in that newsgroup’s religious section.

In 1991, I started using the nationwide online service, Delphi, which gave me two outlets for publishing my comments relating to prophecy. Because the two systems were in two different formats, I decided to discontinue posting on the BBS once it became too much to handle. Sometime during 1991, I upgraded my computer to a Packard-Bell 486. Two years later, I was the proud owner of a generic-brand Pentium 60.

In late September of 1995, the web came into bloom, so I made the switch to the internet service provider, Novia. That is, I did so after trying CompuServe, Prodigy, AOL, Genie, and another local provider. It took me two weeks to figure out the HTML coding. On October 9 of that year, the Rapture Index was up and running.

On August 17, 1997, I renamed this web page “Rapture Ready,” mainly because the word “index” fails to show up on most internet word searches.

In March of 1999, I purchased the dot-com name “Rapture Ready.” The decision was forced on me. Because I had not yet registered the site’s name, people started asking me if they could use my domain name. After coughing up 40 bucks to buy the dot-com name from Network Solutions, I found a web hosting service called 11Net that became the home of RaptureReady.com.

When I got back from an Icelandic tour of duty with the U.S. Air Force in December of 1999, I discovered that my 266 MHz Gateway 2000, which I had bought in 1997, had failed to survived the trip home. I then purchased a 533 MHz computer made by Hewlett-Packard.

In May 2000, I started the message board. After a false start with a worthless service called Beseen, Mark Neumann pointed me to Ezboard.com, which, for what it provides, has been an incredibly reliable service.

In October 2000, RaptureReady.com was drawing so much traffic that it became necessary to move to a better web hosting service with a larger bandwidth. I found westhost.com to be a great host for what was still my secondary site. Novia.net continued to reign as my king of web traffic. During February 2001, RaptureReady.com started getting more hits than the Novia.net site.

On March 28, 2001, Raptureme.com was created to provide for more bandwidth. After I switched to a cable modem, I decided to cancel my account with Novia. That action made raptureme.com the number two site.

In July 2002, Rapture was featured in a Time magazine cover story about the Left Behind book series. The traffic generated by the media exposure was the catalyst for the creation of several mirror sites: tribulation.us, tribulation.ws, rr-rapture.com, and anti-antichirst.org were created to provide extra bandwidth.

In April 2004, Lunarpage.com abruptly dropped raptureready.com because of the high traffic load the site was placing on their server. The site was moved to a managed dedicated server.

I don’t have any lofty goals for this web site. I look at myself as one voice among many. Right now, only a few prophecy-related web sites provide regular news updates. I foresee a time when there will be several major prophetic ministries that are based primarily on the web. Today, books, radio, and television programs are the principal source of mass media information, but soon the web will be taking over this role.

Because of my lack of any great writing ability, I see myself as only playing a supportive role in the mission to advance the teachings of the pre-trib rapture, the soon return of Jesus Christ, and the coming destruction of this current world system.

The primary reason I started posting my two cents on the web was because I noticed that a number of cults and people with different views on prophecy were setting up shop on the web but there were only a few voices of opposition to counter them.

I don’t think I will ever go too far with this page. I’m looking for those folks who will soon arise and establish more successful internet ministries. I am always looking to impart my ideas about prophecy to the minds of others more capable than I. By doing so, I will be advancing my thoughts on prophecy to a greater audience than I would have ever been capable of reaching myself.

I guess the most important thing to keep in mind is that it’s better to be one of those Christians who at least brings something to the marriage supper than to be one who shows up empty handed.

Despite the fact that over 85 percent of Americans define themselves as Christians, very few of them could answer the simply question, What Should Christians Be Doing? Most people can only come up with very general advice that could be applied to any faith. Because there is an appalling lack of good information on the web about this crucial subject, 13 saints have banned together to each offer a page that would help fill this void.