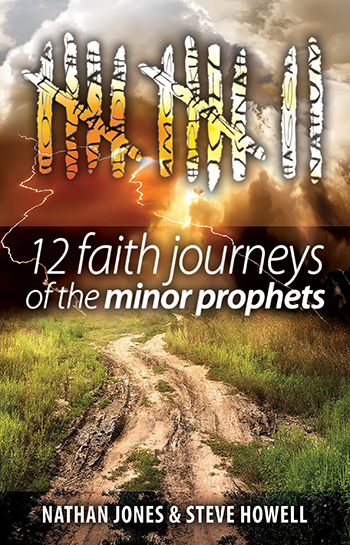 No more relevant prophecy is in view at this moment in history than is that issued by one of the minor prophets.

“The burden of the word of the LORD for Israel, saith the LORD, which stretcheth forth the heavens, and layeth the foundation of the earth, and formeth the spirit of man within him. Behold, I will make Jerusalem a cup of trembling unto all the people round about, when they shall be in the siege both against Judah and against Jerusalem. And in that day will I make Jerusalem a burdensome stone for all people: all that burden themselves with it shall be cut in pieces, though all the people of the earth be gathered together against it.” (Zech 12: 1-3)

Perhaps the greatest proof that our God is one hundred percent worthy of trust is wrapped up in the prophecies He has given—prophecies that always come to pass. We can have absolute faith in Him to keep His promises, because His prophecies never fail.

God promised a deliverer from sin and death brought about by man’s fall in Genesis 3:15. Jesus, the second member of the Godhead, stepped into flesh and onto the planet at precisely the time God chose. Jesus rode into Jerusalem to offer Himself, first as Israel’s Messiah then as the sacrificial Lamb that takes away the sins of the world, exactly at the appointed time in history.

The Lord Promised, through many foretellings, that His Son will return to rescue believers—first at the Rapture of the Church, then at the conclusion of the final war called Armageddon.

We see all of those final prophecies shaping now, at this very moment, with Israel at the center of fearful things to come.

The words of Zechariah, one of the “minor” prophets, as they have come to be termed, are echoing in siren-like forewarning. The nation Israel is threatened on all sides while at the center of world-controversy. That controversy is generated by the Satanic hatred made starkly evident by forces arrayed against the tiny Jewish state. The majority of countries within the United Nations are doing just as Zechariah foretold. These are “burdening” themselves with Jerusalem and Israel. They are trying to force Israel to conform to their wishes—to give up land for so-called “peace.”

Another of the minor prophets, Joel, foresaw the catastrophic result of what the U.N. and nations of the world are demanding of Israel at this very moment.

“I will also gather all nations, and will bring them down into the valley of Jehoshaphat, and will plead with them there for my people and for my heritage Israel, whom they have scattered among the nations, and parted my land.” (Joel 3:2)

Nathan Jones and Steve Howell have written a masterful work on the minor prophets and their contribution to the proof of why we can have unwavering faith in almighty God.

The authors bring to light, in a way I have never thoroughly considered, these great men of God, their histories and their prophecies.  12 faith journeys of the minor prophets is a brilliant study about these servants of the Lord, who I believe, have been unfairly relegated, semantically speaking, to a “minor” status-role in God’s forewarning of things to come. They are, in truth, anything but “minor,” and Jones and Howell bring out through this volume the place of honor they rightly deserve. But, as those men of old would have it, should they be able to say so, the authors of this book affirm that it is the God of Heaven who receives all honor and glory in considering their ancient work on His behalf.

Nathan and Steve point out beautifully through their presentation that when your faith is challenged, these twelve men have answers that will give strength and discernment.

Gain a richer, deeper, and lasting faith in God as you travel along with the minor prophets on their own personal faith journeys. Join Hosea, Joel, Amos, Obadiah, Jonah, Micah, Nahum, Habakkuk, Zephaniah, Haggai, Zechariah, and Malachi as they explore the realities of a faith that can withstand loss, injustice, confusion, guilt, and so much more.

These twelve messengers of God learned trust and obedience in the midst of great challenges. As a result, they discovered confidence, reliance, credibility, belief, and trust—discoveries that are still exciting and applicable to us today!

Their lessons and their faith in God can be yours. Are you ready for a faith journey with the minor prophets?

You need this book as a cornerstone of your study. I highly recommend it, especially as we anticipate the troubled, although exciting days ahead. —While we look up for our redemption, Jesus Christ is drawing nearer by the moment!