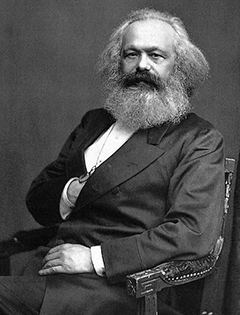 "Without political rule based on Godly principles found in the Bible, there is no freedom. Man's fallen nature will always lead to ruination."

Factoid - Marx was a German philosopher, social scientist, and professional revolutionary. Few writers have had such great and a lasting influence on the world. He was the chief founder of the communist movement that, at its peak, enslaved around two billion people.