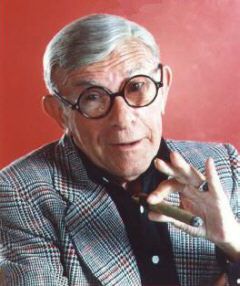 "When I played the role of God, I had no idea how underqualified my performance would be. It is like trying cover a watermelon with the skin of a grape."

Factoid - American comedian and actor. From 1922 to 1964 he and Gracie Allen were a popular husband-and-wife comedy team. Since her death in 1964 he has appeared in both comic and dramatic roles, winning an Academy Award in 1975 for The Sunshine Boys. In 1977 he played the supreme being in the movie "Oh, God."