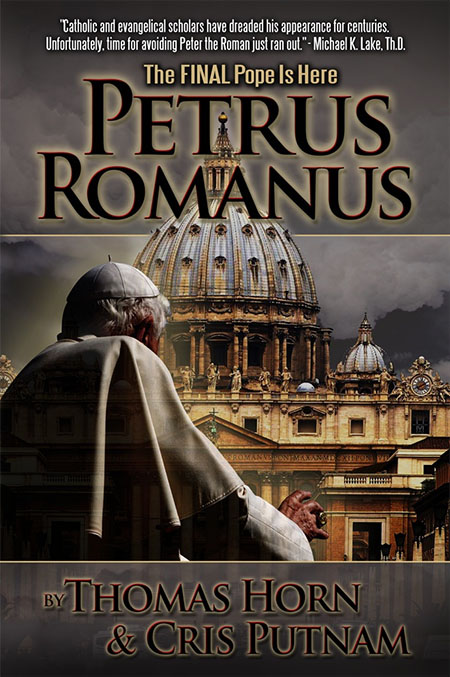 This world system, so antithetical to God’s blueprint for humanity, is winding up for the consummation of history by every measure examined by students of Bible prophecy who hold to a pretrib, premillennial view.

Global politics, government, and socioeconomics are gushing in the prophet Daniel’s end-times flood (Daniel 9:26) toward the end of the Church Age (Age of Grace). But no signal of the approaching apocalypse presents a more laser-like, focused view of the end-of-days dynamics than do religious rearrangements taking place locally, nationally, and especially worldwide.

The departure from biblical Christianity is so rampant and moving at such a furious pace in American neighborhoods and on a nationwide basis that even the most ardent,futurist student of end-times matters is sometimes stunned by developments. While the astonishing breadth and depth of material covered within this book take the reader into regions far beyond our local and national boundaries, the journey culminates in, I think, the reader achieving a much more profound understanding of where Americanchurchianity stands within the doomed rush toward the harlot religious system of Revelation 17.

The story of St. Malachy injects intriguing speculations and possibilities into the world’s rush into last-days ecumenism. The twelfth-century Irish bishop of the Roman Catholic Church, canonized by Pope Clement III in 1190, presented a most fascinating line of predictions that many believe were visions leading to the man who will be the final pope.

St. Bernard of Clairvaux was St. Malachy’s biographer. Clairvaux wrote in his book,Life of Saint Malachy, that Malachy was said to have the gift of prophecy. It is claimed that St. Malachy predicted the exact day and hour of his own death.

Enter into the end-times turbulence Planet Earth is experiencing this most riveting volume, Petrus Romanus.

Authors Tom Horn and Cris Putnam have dramatically exposed to the light of examination St. Malachy’s enigmatic prophecies about the succession of popes leading to the very last, Peter the Roman.

Hal Lindsey (author of The Late, Great, Planet Earth) wrote for WorldNetDaily (WND) upon the death of Pope John-Paul II, in 2005, regarding St. Malachy’s papal predictions: “According to his biographer, St. Malachy was visiting Rome in 1139 when he went into a trance and received a vision. Malachy wrote down this extraordinary vision in which he claims to have foreseen all of the popes from the death of Innocent II until the destruction of the church and the return of Christ.”

St. Malachy wrote briefly, in Latin, on each succeeding pope of the future, and then gave the document to Pope Innocent II, who had it placed in Vatican archives where it remained for several centuries. It was rediscovered in 1590 and published.

Lindsey wrote: “[Malachy] named exactly 112 popes from that time until the end. The interesting thing is that scholars have matched the brief 110 descriptive predictions with each of the 110 popes and anti-popes that there have been since Innocent II. Though they are a bit obscure, they have fit the general profile of each of the popes.”

The bottom line is that the last two popes, John-Paul II and Pope Benedict XVI, fit the profile that running string of papal succession seems to accurately predict. Number 112 is supposed to be the pope who will head the Roman Catholic Church during the great time of trouble–the Tribulation, according to the Malachy prophecy. He will be, the prediction says, Petrus Romanus (Peter the Roman). Pope Benedict XVI is number 111.

Hal Lindsey wrote further: “Now, if St. Malachy is accurate, there will be only two more popes before the end of this world, as we know it and the Second Coming of Christ. I do know that the whole prophetic scenario of signs that Jesus Christ and the prophets predicted would come together just before His return are now in view. So what St. Malachy predicted is certainly occurring in the right time frame.”

Neither Tom Horn nor Cris Putnam–nor I, as your reviewer of this book—claims that St. Malachy was a God-inspired prophet in the sense of an Old Testament or New Testament prophet. He was not. However, I will tell you without reservation that the little-known and sometimes previously undiscovered facts these researchers have uncovered and constructed into an enthralling picture of the one who will likely be the last pontiff are absolutely spellbinding.