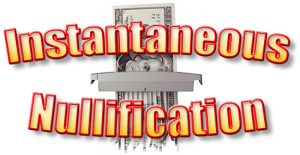 Someday, without warning and at a time completely unknown, God the Father is going to turn to Jesus Christ, His Son, and give the command to go forth and catch up the Church into Heaven. Precisely at that moment (the rapture), everything we are currently doing, thinking, or planning will suffer instantaneous nullification. In other words, as we are raptured into the heavenly realm, everything earthly will cease to matter, become of no effect, will be kaput.

In Heaven, every Christian will summarize his or her entire life on earth by answering a single question: “What did you do to advance the kingdom of God?” Whether you happen to be one of the richest people in the world or one of the poorest, in heavenly calculations, you are both of equal status. Only those deeds that you carried out in love, in charity, and to the glory God’s name will be translated into heavenly wealth.

Far too often, we Christians, who know of the better world to come, allow ourselves to become distracted by the pitfalls of this life. The unsaved have no awareness of the eternal kingdom and have a good excuse for being distracted. This is the only existence they’re aware of–but what’s our excuse?

I really don’t think many of us realize what an incredible transformation the rapture implies. Any situation in your life that appears to have you in its grasp will remain down here the day you’re caught up into glory. If you’re like me, I can think of several situations that I would love to leave behind. I’ve listed below some of the prime examples of why someone should wish for instantaneous nullification:

Here are some more specific situations that may or may not apply to you:

Some people take great exception to the idea of anyone looking forward to the rapture. One popular refrain scolds rapturists for being “so heavenly minded they’re of no earthly good.” Is being heavenly minded really a problem? The opposite appears to be true. I can’t find a single passage of Scripture in the New Testament in which Jesus or any other author warns us not to get too worked up over Christ’s return. In several passages, however, we are commanded to watch and wait:

Watch ye therefore, and pray always, that ye may be accounted worthy to escape all these things that shall come to pass, and to stand before the Son of man
(Luke 21:36).

Therefore let us not sleep, as do others; but let us watch and be sober
(1 Thessalonians 5:6).

Watch therefore, for ye know neither the day nor the hour wherein the Son of man cometh
(Matthew 25:13).

And to wait for his Son from heaven, whom he raised from the dead, [even] Jesus, which delivered us from the wrath to come
(1 Thessalonians 1:10).

For many Christians, the cares of this life are all that matters. I’m afraid when Jesus comes in the air to call up His bride, He may have to use a crow bar to pry a few reluctant believers from their earthly possessions. As the world grows more and more corrupt, many will be left behind because they loved this life too much.

One of the greatest lies the devil spreads is that our existence here on earth is more desirable than life up in Heaven. Going to Heaven is often compared to going to the dentist. You know you will eventually have to go, but hopefully not today. The truth is, if anyone were to spend just five minutes in glory, I’m certain that he or she would regret having to return to this sin-tainted world.

But as it is written, “Eye hath not seen, nor ear heard, neither have entered into the heart of man, the things which God hath prepared for them that love him”
(1 Corinthians 2:9).

I see the possibility of someone being overly preoccupied with our Lord’s return as a problem that’s just about as big as an airline executive being overly worried about flight safety or a restaurant owner being overly concerned about food spoilage.

Two examples demonstrate the confusion in our values regarding earthly and heavenly preoccupation:

At one time, I had a Christian boss who was our squadron’s acting First Shirt (the person who deals with all the disciplinary matters). I was working in my office, and he came in all upset. I asked him what was the matter. He then told me that he had returned from a another squadron, where he had just engaged in a heated argument with that squadron’s officials over a young airman. Apparently, the airman had recently accepted Jesus Christ as his Savior and had decided to get rid of all of his heavy metal records. He had also decided he no longer wanted to go drinking with the boys anymore, preferring to read his Bible instead. Well, the pointy heads thought he might be at a risk to himself. They had taken him off flying status and were about to send him to see a shrink. My former boss gave them an earful and straightened the matter out.

Here in Nebraska, the Cornhuskers football team enjoys a huge following. In fact, the only people who don’t know about the Huskers are either fresh from another country or they reside at a local cemetery. Well, when the Huskers won the championship twice, one enthusiastic fan ran naked down Main Street to celebrate the team’s victory. Did anyone throw a net over him or try to send him to a shrink? No. His actions were considered to be perfectly normal.

If Christians ever carried on like sports fans, what would the world think of us? Frankly, I think the idea that believers should abstain from getting too worked up over their Savior is a concept straight from the pit of hell.

The next important event we Christians need to be mindful of is the pre-Tribulation rapture. Every day, we think about food, work, money, or sex, but how much thought do we give to eternal matters? The rapture is infinitely (in a literal sense) more important than any of these carnal distractions. It is critical for all of us to be ready for this glorious event. Most of mankind will not be ready when the call to, “Come up hither,” is given. The problem will not be that God failed to factor man into His plans, but that man failed to factor God into his plans.