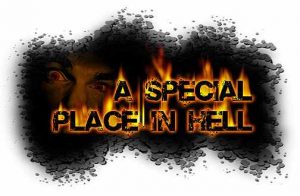 Dante said there is a special place reserved in hell for those who do nothing in a time of moral crisis. No doubt we are in the midst of a time of profound moral crisis. Much if what our society sees as morally acceptable today would make the citizens of Sodom blush with embarrassment.

Not only are people doing nothing themselves, they go a step further by advocating that others do nothing as well. I find it has become increasingly problematic to make any moral stand without getting my email inbox filled with hate mail.

A big source of this problem is that many preachers have become engaged in a bidding war over who can give the cheapest assessment of sin. You turn the TV on typical Sunday morning, and all you hear is the “love gospel” that is devoid of any moral responsibility. This type of guidance can only lead to destruction.

The Bible
The only source of lasting truth is the Bible. Any rules that man makes are subject to change and revision. The Good Book is the only way for us to know where we stand in God’s eyes.

The Bible played an essential role in the creation of the United States, and it continues to provide the moral compass for our nation. As Andrew Jackson was dying, he looked at the family Bible and said to his doctor, “That book, Sir, is the rock on which our Republic rests.”

Satan is mounting a furious attack on the validity of the Bible. He wants to cut people off from the very source with which they could truly understand the great plan and purpose their Creator is working out here on earth.

It is easy to find fault in the Scriptures. The Bible does not hide the moral failings of biblical characters. As much as people like to criticize the Bible, they are unable to find a better guide. Most critics would have us be a law unto ourselves.

“All scripture is given by inspiration of God, and is profitable for doctrine, for reproof, for correction, for instruction in righteousness” (2 Timothy 3:16).

People Who Deserve a Special Place in Hell
Hell was originally created as a place of judgment for Satan and those who followed him in their rebellion against God. The Bible says, “And the devil who deceived them, was cast into the lake of fire and brimstone where the beast and false prophet are. And they will be tormented day and night forever and ever” (Revelation 20:10).

Someone once said, “If there isn’t place called hell, God needs to create one for the evil people who deserve to be sent to such a place.” Here are just a few examples of some people who have proven themselves worthy of such a dire punishment.

Dateline: Mobile , Alabama. A father was charged with capital murder in the deaths of FOUR of his children. Police said Lam Luong tossed his children, aged 3, 2, 1 and four months old, off a tall Mobile bridge after an argument with his wife. Luong later recanted his confession but he also reportedly told his family he did it because he wanted to be more famous than the 9-11 hijackers.

Dateline: Mason , Ohio. Another father, another four children found dead, this time in their own home. Michael Veillette was charged with murdering his wife and four small children – and with aggravated arson after setting fire to his two-story house. His wife was 33 years old. His children were 8-year old Marguarite, 4-year old Vincent, and 3-year old twins Jacob and Mia. What prompted the massacre was not clear. The father will surely be punished, but that won’t bring back those four innocent souls.

Dateline: Austria. A 73-year-old man held his daughter captive in his cellar as a sex slave for the past two decades and fathered at least six children with her. The woman, identified as 42-year-old Elisabeth F., has been missing since 1984 when she was 18 years old. The situation came to light when the mother smuggled out a note with one of her children.

Judgment Delayed
Many groups stand against putting to death people judged to have committed certain extremely heinous crimes. They have been so successful in gumming up the judicial process, someone who has committed mass murder has a greater chance of dying from natural causes than from capital punishment.

It is a good question: Why do liberal groups spend so much energy defending people who are sick, pathetic, deranged, psychopathic, and cold-blooded killers. The most common answer is that they are defending their civil rights against the possibility they may be innocent. This theory falls apart when you have people who have overwhelming evidence against them or have confessed of their crime, and yet, liberals still seek to get them off.

I think the real factor at work here is man’s rejection of his own sin disposition. Having to admit a fellow human is capable of being a monster proves that they share the same corrupt nature.

People don’t want to judge criminals because it reminds them of their own fate. The unwillingness to condemn evil makes us co-conspirators to their crimes.

“Who knowing the judgment of God, that they which commit such things are worthy of death, not only do the same, but have pleasure in them that do them” (Rom. 1:32).

In recent years, I’ve seen the use of some of the most outlandish excuses for why death row inmates should not be put to death. First the electric chair was deemed to be too cruel. I can’t imagine someone with a sudden burst of 50,000 volts going through his body is going to yell, “Ouch!” Then lethal injection was attacked as a potential source of pain. I don’t know how there is room for debate when one of the two drugs being administered places the person into a deep coma.

For the sake of full disclosure, capital punishment does create all manner of pain. It has nothing to do with the method of death. Everyone who dies in a lost state is subject to extreme agony that begins at his or her demise and lasts for all eternity.

In the Middle Ages, authorities chose to burn particularly evil people alive in order to prepare them for the fires they would be confronted with on the other side. When you think of it, this sort of send-off does make better sense than our attempt to provide a trivial moment of relief.

Avoiding the Fires of Hell
Most people in America believe in hell, but few of them view it as a personal threat. Judging by how casually some celebrities talk about this place, one can tell there is a desperate need for greater understanding.

Billionaire Ted Turner has a long history of venting his rejection of the Christian faith. He once boldly said, “I look forward to going to hell because I sure deserve it.”

Comedian and blabbermouth Kathy Griffin, in her fittingly named ‘Straight to Hell’ comedy special, talked about how she was certain that she will be one of the damned. “Oh I know I’m going to hell. I’ve got a hand basket all picked out. So don’t bother e-mailing me to tell me I’m going to hell,” she proudly proclaimed. Griffin then told her audience that they were going there too.

There is nothing trivial or funny about being eternally damned. Anyone speaking lightly of this horrible place will received a rude awakening. Jesus saw it as so vital to avoid hell the He offered some rather drastic advice:

“And if thy right eye offend thee, pluck it out, and cast [it] from thee: for it is profitable for thee that one of thy members should perish, and not [that] thy whole body should be cast into hell” (Matt. 5:29).