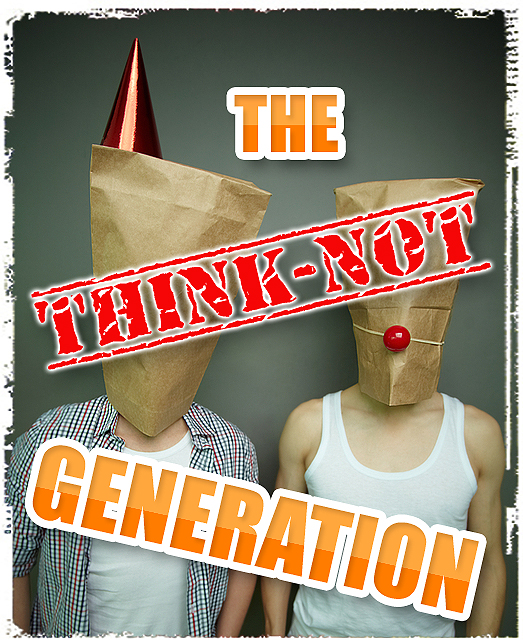 The Rapture – Warnings Galore
The Bible predicts that someday a period of unparalleled calamity will sweep over this planet. During the time commonly known as the tribulation, the loss of life will be so great, nearly all the inhabitants of the earth will perish. You would think the bleak nature of these future events would cause people to be forever mindful of them. Sadly, only a small percentage of the population is focused on the end times.

Ignorance of Bible prophecy is not the root cause of the problem. The vast majority of Americans are very familiar with many of the key components of the tribulation hour. According to Barna Research, 70 percent of the U.S. population believes that someday Jesus is coming back to earth. The same number of people are familiar with terms like tribulation, Antichrist, 666, or Armageddon and they realize their negative connotations.

The understanding of prophecy may be very broad, but it is also extremely shallow. Everyone knows that 666 is a demonic number linked to the devil, but few people could tell you why it has a sinister association with evil.

The lack of fundamental end-time knowledge is not due to a shortage of resource material. Throughout the Church Age, scholars have produced a mountain of books exploring every conceivable angle of prophecy. In recent years, many of these titles have sold millions of copies.

Warnings that Judgment Day is coming have been sounded repeatedly, but few people are listening to them. In most minds, the cares of this world have largely overwhelmed any concerns over predictions of doom. The best evidence of this reality is the rampant growth in sin – the very thing that will invoke God’s wrath.

Drowning In A Sea Of Signs
Mankind has a natural tendency to become desensitized to things that don’t involve the current environment. Even issues that deal with matters of life and death fade from people’s memories without something to renew their importance.

During prolonged warfare, frontline soldiers can get so accustomed to the thundering sound of incoming artillery shells that they become able to sleep through the heaviest bombardments. It doesn’t matter to them that a shell directly aimed at their location would end their life. That danger is muted by the fact that the experienced soldier has heard the sound of artillery thousands of times. In contrast, a GI who has just arrived on the battlefield would be very alert to even the most distant enemy fire.

In my many years of observing the signs of the times, I have never seen so much activity that points to the nearness of Christ’s return. So many prophecy-related events are in the late stages of development that I strongly believe we are the generation that will soon see the dawn of the Kingdom Age.

The proximity of end times has failed to cause an upswing in interest on the part of most Christians. Quite frankly, the advancement of prophecy has had the opposite effect on the Church. Most believers are totally apathetic about how close we get to the tribulation hour.

Overfamiliarity appears to be one of the many reasons for the lack of vigilance. Many key prophetic indicators are reported so frequently by the media that they’ve lost their luster. When they were breaking news years ago, everyone was excited about their connection to prophecy. As time dragged on, people’s interest in them faded, even as they continue to edge closer to the point of reaching fulfillment.

The formation and activity of the European Union is a good example of how major prophetic events can become overlooked. When Europe’s leaders first came up with the idea of integrating their economies in the 1950s, prophecy watchers were ecstatic about the move towards realization of the Revived Roman Empire. Half a century later, we have a union that is fully evolved and constantly in the news.

The Death Of Date Setting
History is full of people who have attempted to predict a date for the end of the world. The Date Setters Diary was one of the original pages added to Rapture Ready. The hands of time have proven most of these soothsayers to be false prophets.

Because of the explosion in communication, the last 200 years have been the zenith for date settings. So many predictions were made during the 20th century, I only bothered to list the major ones. Every time I turned around, someone was listing a new reason a forthcoming date was going to herald the advent of Christ.

Starting right after the arrival of the year 2000, I noticed a steady decline in the frequency of date settings. Lately, the numbers have almost completely dried up.

There doesn’t seem to be any logical explanation for this drought in date settings. The same math that worked in the 20th century should work equally well in the 21st century. The internet’s ability to disseminate vast quantities of information at a low cost only deepens the mystery.

Because Satan is the father of lies, all false end-time predictions bear his signature. It would appear that the collapse of the trend of date settings has a strong connection a change in the devil’s strategy. Before, Satan used forecasts of the Lord’s return to create confusion. Now that we are approaching the end of the age, he is trying to prevent people from being mindful that time is running out.

Thinking About “Think Not”
The pre-tribulation rapture is the key to unlocking the timing of Bible prophecy. Once the Lord Jesus comes for the Church, the way will be cleared for the devil to set up his final rebellion. Unfortunately, the Bible says is it not possible for us to know exactly when the rapture will take place.

In the Book of Matthew, Jesus told His disciples again and again that they would not know the hour of His return. The Lord was so insistent about getting this point across, He repeated himself four times in the space of a few verses. He also included a story about the 10 virgins to illustrate the point of the surprise rapture.

“Watch therefore, for ye know neither the day nor the hour wherein the Son of man cometh” (Mat. 25:13).

I think it is very significant that Jesus frequently pointed to the “think not” hour as being the time of His return. The slumbering state that we find the Church in today is a strong indication that this prophecy is in the process of being fulfilled. I would rank it far above the more general prophecies like “knowledge shall increase” (Dan 12:4) or “earthquakes in divers places” (Mark 13:8).

Jesus said He would intentionally choose a timeframe when Christians are not expecting His return. As a result, the most unlikely time for His return becomes, actually, the most likely time for the rapture. Because we have an assurance from the Lord that this event will take place during a time when the faithful are least expecting Him, we have a contrary way to judge the rapture’s nearness.

We are clearly living in the “Think-Not” generation. If the Lord were to come today, He would find a Church very cozy with a sinful world. Because we have no moral watchdogs anymore, it is difficult to measure the depravity of our society. Whenever I try to gauge levels of morality, I have to think how people from other generations would react to situations.

In his letter to the Thessalonians, Paul indicates that the act of being caught off guard by the rapture is purely optional. He wrote, “But ye, brethren, are not in darkness, that that day should overtake you as a thief” (1 Thes. 5:4). By remaining forever alert, we can escape being found asleep when our Master finally returns.

I once read a good illustration about how we need to set priorities. A college professor set a large jar on his desk in front his class. He took handfuls of big rocks and began filling the jar. When they reached the very top, he asked the class if the jar was full. The class responded “yes.” The professor then took some smaller pebbles and started pouring the pebbles into the jar. The pebbles fell in between the much larger rocks. When the jar was filled to the top with the pebbles, he again asked the class if the jar was full. The class caught on quickly. “No,” they said. And the professor then began to take some sand and pour it into the jar, filling the jar to the top.

Because we have a limited amount of time to accomplish things in this life, we need to make sure we have our priorities set on doing what we can for the Kingdom of God. Instead of being focused on the rock of Jesus Christ, most people are concerned with the sand of earthly desires.

Over the years, I’ve met dozens of men and women who specialize in end-time commentary. It always amazes me that many of these folks, who have made prophecy their vocation, are so often motivated by carnal values. In their writings they claim to be focused on heaven, but in practice their priorities tend to center only on things that offer personal gain.

I’ve always been a big advocate of getting information onto the web. Several times I’ve gotten “Are you crazy?” looks from well-known authors after I have told them that they should freely post some of their unpublished or out-of-print materials on a website. Many of my colleagues in the field of prophecy are not shy about indicating that money is their primary motive.

The average Christian also has difficulty when it comes to maintaining a focus on Kingdom of God. A believer may say “Amen” to a statement affirming the soon return of Christ, but in his daily life, he’ll make long-term plans and think nothing of the possibility that the return of Christ might suddenly interrupt his life.

A big obstacle preventing Christians from being productive in their spiritual lives is the idea that Jesus only offers praise to saints who are ushered into His presence. The Bible indicates that judgment is just as much for the believer as they are the for the lost. Of course, the saved person will be in a far better situation than someone who rejected Christ’s gift of salvation, but still, every saint will have to give an account of his life.

”But I say unto you, That every idle word that men shall speak, they shall give account thereof in the day of judgment” (Matthew 12:36).“When I say unto the wicked, Thou shalt surely die; and thou givest him not warning, nor speakest to warn the wicked from his wicked way, to save his life; the same wicked man shall die in his iniquity; but his blood will I require at thine hand” (Ezekiel 3:18).

“And now, little children, abide in him; that, when he shall appear, we may have confidence, and not be ashamed before him at his coming. If ye know that he is righteous, ye know that every one that doeth righteousness is born of him” ( I John 2:28-29).
Because the rapture is a one-time event, it is critical that people be ready for it ahead of time. If you miss an elevator in a building or a flight at an airport, there is always another one you can catch. We have all the signs and warnings to help us decide to be ready. In the end, is up to us to make that important choice.

“But the day of the Lord will come as a thief in the night; in the which the heavens shall pass away with a great noise, and the elements shall melt with fervent heat, the earth also and the works that are therein shall be burned up. Seeing then that all these things shall be dissolved, what manner of persons ought ye to be in all holy conversation and godliness” (2 Pet. 3:10-11).