Terry’s interview on the new book, “LAWLESS: The End Times War Against the Spirit of Antichrist”  with Jan Markell is one you don’t want to miss.  With more than 900 stations in her radio network, the program is heard by millions across the U.S. It is now on video as well.

Go to the following link to access the program. 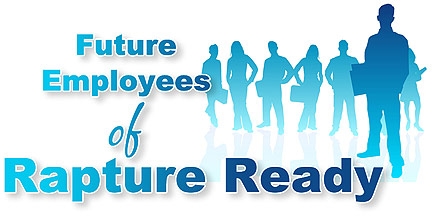 I have always been fascinated when considering the transforming effects the pre-trib rapture will have on the world. The instantaneous removal of the Church will someday render the word “astonishment” insufficient to describe the catastrophic nature of what will have just happened. When the rapture takes place, I am convinced it will be 100 times more stunning than any other moment in history. I’ve said this before.

In the past, no single event has managed to touch every individual on a personal level. For example, in 1941 very few people had even heard about Pearl Harbor, let alone knew someone involved in the incident. The attacks on the World Trade Center and the Pentagon fall into the same category. Everyone saw the calamity on television, but it’s unlikely that more than 1 percent of the US population knew any of the victims who worked in the Twin Towers or the Pentagon, or who were aboard the commercial airliners hijacked by the terrorists. After the rapture takes place, everyone left behind will know someone who will have been mysteriously taken away. It could be a neighbor, a distant cousin, or a person’s entire immediate family.

The rapture will bring to an end many theological debates. Everyone who will have lacked the capacity to make the right choice before will, at that time, have overwhelming evidence that should convince them to reset their spiritual priorities. I’ve invested a lot of time addressing the post-rapture world because I see that future period as the most productive in the history of the Christian faith.

The Great Awakenings of the 1700s and 1800s will have nothing on this time of mass conversion. Multitudes will be saved during the tribulation, and God will use a specific group of Jews to spread the Gospel throughout the world. Before the rapture, the lack of urgency will have caused people to neglect their faith. During the tribulation, there will be no way to avoid having to choose between God and the devil. The threat of death will persuade many people of the urgency of coming to Christ, and it will make soul-winning champions of them.

At first, it is going to be very difficult for new believers to find their footing. Because every born-again believer will be taken in the rapture, the tribulation saints will have an extremely steep learning curve. It is quite ironic that many people who will have loathed the Christian faith before the rapture will become devoted followers during the tribulation hour. Because the tribulation will be hell on earth, there is hope that even the most stubborn of sinners will be forced to admit he or she needs a savior. In the following section, I’ve selected a group of celebrities who are known to be atheists, or who are hostile toward the Christian faith. The internet is so clogged with information, I don’t expect any of these individuals to ever read my comments about them, and I obviously have no way to guarantee that the rapture will cause them to come to the truth. I entitled this article “Future Employees of Rapture Ready” because I hope some of them will undergo a life change similar to what Paul experienced on the road to Damascus.

Richard Dawkins – A biologist by trade, he has written several books that promote evolution and debunk the idea that there is a God. I’ve read Mr. Dawkins’ book, “The God Delusion,” and I was surprised to find him mention Rapture Ready. On page 254 of his book, he focused on a comment I made about the site, which is a perfect fit for this article. At the bottom of RR’s main page is an announcement that reads, “If the rapture should take place, resulting in my absence, it will be necessary for tribulation saints to mirror or financially support this site.” I don’t understand why Dawkins found offense in an obligation that he believes will never come his way. Well, Dick, that obligation may soon be upon you, and I think it would be a very fitting end to have the money you earned debunking the idea of a God to someday be used to magnify His glory.Bill Gates – One of the best-known entrepreneurs of the personal computer revolution, he has been listed by Forbes Magazine as the world’s richest person from 1995 to 2007, with recent estimates putting his net worth near $56 billion. As the former head of Microsoft, Bill would be very qualified at the task of disseminating the information on RR through various forms of computer technology. The fact that he quit Microsoft to work on a foundation full-time indicates that he has a heart for ministering to people’s needs.

Warren Buffett – “The Oracle of Omaha,” is famous for his ability to make wise financial investments. Buffett is the head of the holding company Berkshire Hathaway. With an estimated current net worth of around $52 billion, he is the world’s third-richest person. He seems like a very down-to-earth man, so it is sad to read that he does not believe in a divine Creator. I hope the rapture will cause Warren and many others to make a mad dash to the Lord’s mercy seat, exchanging his earthly wealth for treasures that have a lasting value.

Jon Stewart – In 2006, “The Daily Show” host ran some footage of a CNN program that talked about the end times. In the video footage, a CNN correspondent mentioned the Rapture Index, and it sparked Stewart to make a wisecrack about his own index being out of sync with the one on RR. Seeing as how the rapture event will invalidate the Rapture Index, Jon is more than welcome to revamp it with one that would focus on Jesus Christ’s return. It’s much easier to forecast the second coming of Christ, so Mr. Stewart should have no trouble retooling the index.

Salman Rushdie – This British-Indian novelist and essayist achieved fame with his fourth novel, The Satanic Verses. His book provoked violent reactions from Muslims in several countries. Rushdie faced death threats and had to go into hiding for several years. The tribulation will require brave men to stand up against the Antichrist. Rushdie has already proved that he can promote an unpopular message in the face of heavy opposition.

Ted Turner – The founder of CNN has never been shy about expressing his views. In the past, he’s made some very negative comments about religion, saying, “Christianity is a religion for losers.” At one point in his life, Turner intended to become a missionary. All that changed when his younger sister, Mary Jane, contracted a form of lupus and suffered terribly before dying a relatively short time later. All his prayers for her recovery, an hour a day, he said, were for naught. The fact that Ted still has a missionary’s zeal, demonstrated by his work with secular causes, leaves hope that the rapture shock will be enough to rekindle his previous desire to serve the Lord.

Penn Jillette & Teller – The team of Penn & Teller are most widely known as professional magicians. They also host a program on the premium cable channel Showtime that debunks pseudoscientific ideas, supernatural beliefs, popular fads and misconceptions. There will be plenty of falsehood in the days that follow the rapture, so Penn & Teller’s skills would be very helpful in combating error.

Steve Wozniak – I included Bill Gates from the PC side of the computer world, so thought it would be best to cite someone from the Apple camp. Steve Jobs would probably be the best choice, but I wasn’t able to locate any resource material on his spiritual stance. Steve Wozniak is the co-founder of Apple Computer and has a well-documented history of being an atheist. He could be helpful in disseminating biblical truth to the minority of people who own Macintosh computers.

In the aftermath of the rapture, millions of people will read the articles on RR. I challenge anyone who may stumble onto this webpage to find your role in the Kingdom of God.You may be thinking that you’ve hopelessly squandered your life. Well, you need to realize you have a huge advantage: you’re still in the race. Opportunity will have come to an end for everyone taken in the rapture. While most Christians slowly accumulated rewards over their lifetime, you have the ability to close the gap by sprinting to the finish line.

Rapture Ready will be an “employment agency” at that time, one whose only charge will be the Great Commission.

“And Jesus came and spake unto them, saying, All power is given unto me in heaven and in earth. Go ye therefore, and teach all nations, baptizing them in the name of the Father, and of the Son, and of the Holy Ghost: Teaching them to observe all things whatsoever I have commanded you: and, lo, I am with you always, even unto the end of the world. Amen” (Matt. 28: 18-20).