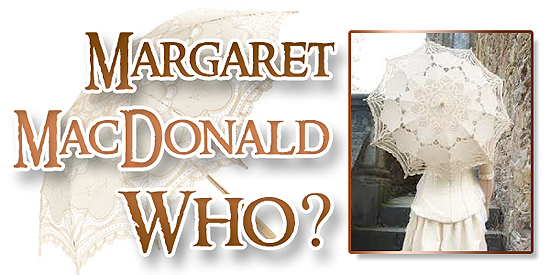 After reading and listening to a number of web sites, books, and radio programs that promote the idea that Margaret MacDonald started pretribulationism, I decided to look into the matter.

To be certain that I made no oversight, I searched through my library of prophecy books for references citing Margaret MacDonald as the founder of the pre-tribulation rapture teaching. My hunt turned out to be in vain. It was like looking for the cartoon character “Where’s Waldo.” Only in this case, no Waldo was to be found.

If MacDonald was the founder of the pre-tribulation rapture, as most anti-rapture proponents say, then someone needs to explain why rapturists have failed to give her credit. You would expect to find dozens of books that expound upon her every word. From reading the writings of anti-rapture authors, one would think we pre-tribbers would be reverencing MacDonald as Catholics do Mary. But clearly we don’t. Pre-tribbers don’t go around reciting, “Hail Margaret full of grace, blessed art thou among visionaries, pray for us sinners at the time of the rapture.” If MacDonald were the founder of the doctrine of pre-tribulation rapture, the lack of recognition we pre-tribulation rapture believers pay her would be comparable to the modern Mormon church failing to recognize Joseph Smith as its founder or to the Jehovah’s witnesses neglecting to identify Charles Russell as that group’s originator. Poor Margaret MacDonald, she gets all of the blame, but none of the credit.

After having examined the claims of those critical of the pre-tribulation rapture, I have found holes large enough to drive a dump truck through in their so-called evidence:

The first problem with the MacDonald origin is the fact that she wasn’t the one who widely taught the doctrine of the pre-tribulation rapture. A man named John Darby is believed by many to have sparked modern interest in the rapture. The question here is how Darby came to hear of MacDonald’s vision. Proponents like Dave MacPherson and John L. Bray have never been able to prove that Darby had ever heard of MacDonald or her vision.

Darby himself claims the revelation of the rapture came to him when he realized the distinction between Israel and the church.

Darby reported that he discovered the rapture teaching in 1827, three years before MacDonald had her vision.

When one closely examines MacDonald’s vision, it becomes clear that her vision could not have been a pre-tribulation rapture. MacDonald looked for a “fiery trial which is to try us,” and she foresaw the Church being purged by the Antichrist. Any pretribulation rapturist can tell you the Church will be removed before the advent of the Antichrist. John Bray, an anti-rapturist, said himself that Margaret MacDonald was teaching a single coming of our Lord Jesus. This contradicts current rapture doctrine, which teaches a two-staged event – first, Christ coming for His Church and second, seven years later His return to earth. With so many contradictions between MacDonald’s vision and today’s pretribulationism, it is difficult to see any linkage.

By far the biggest mistake post-tribulationists have made attacking the rapture is claiming that the pretribulation rapture wasn’t taught before 1830. In fact, John L. Bray, a Southern Baptist evangelist, offered $500 to anyone who could prove that someone taught the rapture doctrine prior to MacDonald’s 1830 vision. Bray was first proven wrong when he wrote in a newsletter, “Then my own research indicated that it was Emmanuel Lacunza, a Jesuit Catholic priest, who in the 1812 book The Coming of Messiah in Glory and Majesty, first taught this theory.” Bray stuck his neck out again when he made another $500 offer to anyone who could provide a documented statement earlier than Lacunza’s 1812 writings. Apparently he had to cough up the 500 bucks. I quote him again: “I offered $500 to anyone who would give a documented statement earlier than Lacunza’s time which taught a two-stage coming of Christ separated by a stated period of time.” No one claimed that offer until someone found writings that forced Bray to write the following: “Now I have the Photostat copies of a book published in Philadelphia, Pennsylvania, in 1788 but written in 1742-1744 in England, which taught the pretribulation rapture before Lacunza.” Lately, a number of other sources have been located that teach the pretribulation rapture–some written as early as the second century. Where does this leave Margaret MacDonald?

In my life here on earth, I’ve made a number of observations that I regard as undeniable truths. One of these is the fact that the truth will suffer attacks with no one defending it, while a lie will be allowed to proliferate with no one challenging it. This seems to have taken place in the case of the rapture. For years on end, anti-rapturists have been allowed to attack pretribulationism freely. One assailant called the rapture the mark of the beast while another remarked that when Jesus returns at the battle of Armageddon, He will fight against those who believe in the rapture. The people who should have been contending for the rapture, for the most part, just said, “That may be your opinion.”

Finally, it appears that those who hold to a pretribulation rapture are beginning to counter the ridiculous charges. A number of books have been published that cite several pre-MacDonald sources describing a raptured Church. Author Grant Jeffrey deserves a good deal of praise for his work in discovering many of these sources.

As far as being able to find the pretribulation rapture in the Bible, we don’t need to be rocket scientists to discover it. For me, locating the rapture doctrine in the Bible was as simple as finding evidence that Jesus Christ is Messiah.

The evidence that Christians believed in the rapture long before MacDonald does not seem to have sunk into the minds of those opposed to the rapture. They still teach that she is the founder of pretribulationism. When someone is presented with overwhelming proof that he or she is wrong and refuses to accept that truth, then we certainly may conclude that he or she is in spiritual darkness.

I would like to conclude by saying that no evidence whatsoever points to MacDonald as the source of pretribulationism. Every major prophetic author alive today claims the Word of God as the foundation for belief in the rapture. Both Jesus Christ and the Apostle Paul made statements that clearly establish the rapture doctrine. Jesus said, in Matthew 25:13, “Watch therefore, for ye know neither the day nor the hour wherein the Son of man cometh.” Paul affirmed in 1 Thessalonians 4:16-18: “For the Lord himself shall descend from heaven with a shout, with the voice of the archangel, and with the trump of God: and the dead in Christ shall rise first: Then we which are alive [and] remain shall be caught up together with them in the clouds, to meet the Lord in the air: and so shall we ever be with the Lord. Wherefore comfort one another with these words.”