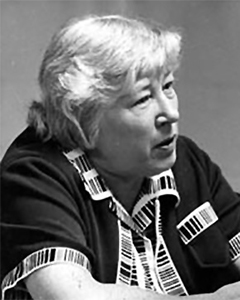 What Would She Say Today?

"It's ironic that I played a role in the banning of school prayer because I could sure use those prayers now."

Factoid - An atheist whose efforts successfully helped eliminate Bible reading and prayer from public schools. Founder of American Atheists, O'Hair has been one of the most outspoken opponents of organized religion in the second half of the 20th century. In 1995, O'Hair was murdered by employees of her own organization.