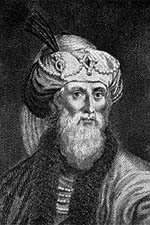 Josephus was born Joseph ben Mattathias in 37 C.E. in Jerusalem of a priestly and royal family. He excelled in his studies of Jewish law and studied with the Sadducees, Pharisees, and the Essenes, eventually aligning himself with the Pharisees. In 62 C.E. he went to Rome to free some imprisoned priests. After accomplishing this mission through the intercession of Nero’s wife, Poppaea, he returned to Jerusalem in 65 C.E. to find the country in revolt against Rome.Although Josephus had deep misgivings about the revolt, it became inevitable, due to reasons he discusses in his history, primarily the abuses of the Romans; this spurred the growth of fanatical Messianic Jewish movements which believed that the world was coming to an end shortly. In 66 C.E. the Masada was seized by the Zealots and the Romans were on the march; Josephus was appointed the commander of Galilee.

Josephus had to fight a defensive war against overwhelming force while refereeing internecine squabbles in the Jewish ranks. In 67 C.E. Josephus and other rebels were cornered in a cave during the siege of Jotapata and took a suicide pact. However, Josephus survived, and was taken hostage by the Romans, led by Vespasian.

Josephus shrewdly reinterpreted the Messianic prophecies. He predicted that Vespasian would become the ruler of the ‘entire world’. Josephus joined the Romans, for which he was branded a traitor. He acted as consultant to the Romans and a go-between with the revolutionaries. Unable to convince the rebels to surrender, Josephus ended up watching the second destruction of the Temple and the defeat of the Jewish nation.

His prophecy became true in 68 C.E. when Nero committed suicide and Vespasian became Ceasar. As a result, Josephus was freed; he moved to Roman and became a Roman citizen, taking the Vespasian family name Flavius. Vespasian commissioned Josephus to write a history of the war, which he finished in 78 C.E., the Jewish War. His second major work, the Antiquities of the Jews, was completed in 93 C.E. He wrote Against Apion in about 96-100 C.E. and The Life of Josephus, his autobiography, about 100. He died shortly after.

Despite his ambivalent role, Josephus was an eyewitness to history, and his writings are considered authoritative. These texts are key to understanding a pivotal point in world history, which has tragic repercussions even to this day.

Antiquities of the Jews

War of the Jews