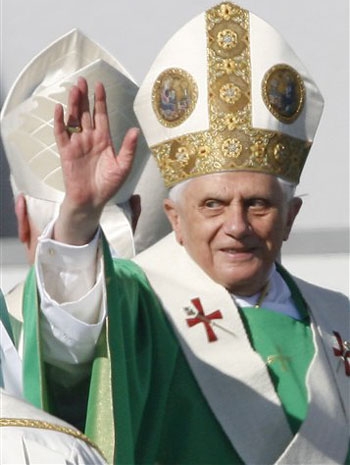 Clearly, there is no religious leader on the planet that has any way near the amount of power and influence the Pope commands. It is a near certainty that the pontiff will head or be included in the coming global religious system.

“And I beheld another beast coming up out of the earth; and he had two horns like a lamb, and he spake as a dragon. And he exerciseth all the power of the first beast before him, and causeth the earth and them which dwell therein to worship the first beast, whose deadly wound was healed”(Rev 13:11-12).