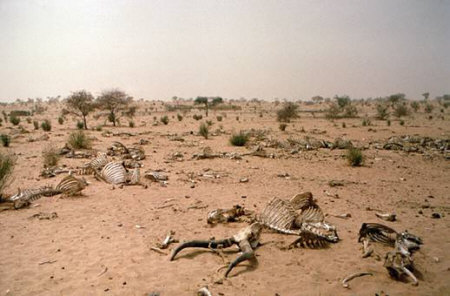 “And I heard a voice in the midst of the four beasts say, A measure of wheat for a penny, and three measures of barley for a penny” (Rev 6:6)