The Pre-Tribulation Rapture is one of the most hated, scorned and mocked subjects one could address in the world today. Terry James, of Rapture Ready, once said something like, “It hits a nerve with Satan.” I believe that statement rests on the very pulse of the problem. However, it is easy to find Rapture Prophecy in the Scriptures.

Shockingly, even in the Christian community, anticipation of the Rapture is often dismissed as a frivolous, useless waste of time. Often, those who study and share prophecy are mocked as thrill seekers and failures in sharing the gospel. 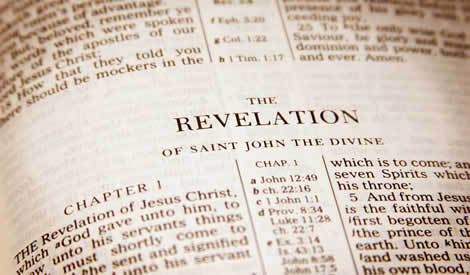 I’ll grant you that the gospel is sharing the good news of available salvation to all who come to Jesus Christ in genuine belief. It is the good news of being born again spiritually into the family of God by coming to the Father through His only begotten Son, the only way to the Father by the way. This is wonderful news to any who will listen and accept the message, but isn’t Jesus’ return for us also good news?

Why would God dedicate 25-33% of the Bible to prophecy, if prophecy isn’t important? Why would Jesus speak so much about His return, if it weren’t important? Some will say that He never spoke of the Rapture of the Church, but I disagree and will come back to that later.

Many believe that those of us who believe in the Pre-Tribulation Rapture are escapists. We just want to escape the horrors of the Tribulation, so we naively believe that we’ll be ushered out before God’s wrath begins. For my part, I agree with them, except for the “naiveté” part. I would have to say that I am an escapist. I want nothing to do with the Tribulation and I’m thankful beyond expression that Jesus will remove His bride from this earth before He allows one day of the seven-year Tribulation to begin.

So if I’m convinced that I’m out of here at the Rapture, why do I continue to bring it up? I don’t have a worry in the world about going through the Tribulation, so why should I even mention it? I’m safe. I’m okay. Here’s the thing; if you don’t know Jesus as your Savior, you’re not safe. You’re not okay. Unless you die beforehand, you will experience every horrible moment of the Tribulation, and that is why so many of us keep bringing it up. We want you to go with us in the Rapture, and not suffer the wrath of God during the Tribulation.

Even though I have no idea of when the Rapture will occur, I know it will. I’ve always felt it would occur in my lifetime, but it may not. That’s okay. I’ll still be coming back with Jesus to get you (if you are part of the bride) and my new heavenly body.

Folks, the rapture of the true Church (the bride of Christ) is just as real as the air we breathe, and it will occur prior to the Tribulation period. You can believe it or reject it. My prayer for you is that you first of all come to know Jesus as your Savior and Lord, then secondly that your interest in His return for us will be increased.

Satan hates the message of the Rapture and he hates mankind. God created man in His own image and gave him free choice. We, the Church, will one day rule over the angels. Those who belong to God through His only begotten Son have been given a higher position than even the angels. Satan hates everything about that.

“Then we which are alive and remain shall be caught up together with them in the clouds, to meet the Lord in the air: and so shall we ever be with the Lord.” (1 Thessalonians 4:17)

The Greek word for “caught up” is harpazo and it means;
• To seize, carry off by force
• To seize on, claim for one’s self eagerly
• To snatch out or away

Satan would like to grab the bride of Christ and tie her to the railroad tracks, but Jesus seizes her and carries her off by force, eagerly claiming her as His own and saving her from the train of wrath roaring down the tracks of judgment. The bridegroom will remove His bride from harm’s way before He allows His wrath to fall upon His enemies, and His number one enemy is Satan. Satan thinks he is meeting God at the OK Corral, but he is preparing to meet God at Boot Hill.

I’ve often heard people say something like, “This is hell on earth,” or “I’m suffering hell on earth.” No my friends, if anything comes close to hell on earth, it can only be those seven years of Tribulation called the “time of Jacob’s trouble” or “Daniel’s seventieth week.” That … will be hell on earth, but even then, God’s grace will allow those to be saved who will.

Jesus’ first coming was nearly 2,000 years ago when He came to earth to go to the cross and suffer as the sacrificial lamb. His next or second coming to earth will be as the lion of Judah. He will draw the apple of His eye, Israel, back to Himself, while He pours out His wrath upon a fallen world. Many will be saved during the Tribulation. Many more will suffer terribly and die, and then face the final judgment of God at the White Throne.

I believe the Apostle Paul is emphasizing the Rapture and the Second Coming in his letter to Titus.

“Looking for that blessed hope, and the glorious appearing of the great God and our Savior, Jesus Christ.” (Titus 2:13)

The “blessed hope” of the bride of Christ is the Rapture. Christ “glorious appearing” is the Second Coming.

There are too many differences in the Rapture and the Second Coming for them to be the same event. Consider just a few.

The Church is not appointed to God’s wrath (1 Thessalonians 5:9)

The Church has been promised by Jesus to be kept from the hour of temptation; i.e. the Tribulation (Revelation 3:10)

Something else to consider during the Tribulation is that God will use 144,000 Jewish evangelists, two special witnesses (possibly Moses and Elijah) and an angel from Heaven as witnesses. The Church will no longer spread the gospel since it will be in Heaven with Christ. However, I’m sure that those who are saved during the Tribulation will witness, but at great peril.

I mentioned earlier that Jesus does refer to the Rapture. This can be noted in John 14:1-3 when He tells the Church, represented by the disciples, that He will return for us and take us back to be with Him.

I have no doubt that we are right on schedule with God’s plans to end the Church age, restore Israel, and judge His enemies. In my opinion, God is closer than we may think in ending the spiritual war that has been going on now for several millennia.

It is my opinion that our Lord will soon remove His own and begin the final count-down to the end. I believe this is the reason that so many have been called as watchmen on the wall to instill in us the urgency of looking for His soon return.

“Behold, I come quickly. Blessed is he that keepeth the sayings of the prophecy of this book.” (Revelation 22:7)

“And, behold, I come quickly, and my reward is with me, to give every man according as his work shall be. I am Alpha and Omega, the beginning and the end, the first and the last.” Revelation (22:12-13)

“I, Jesus, have sent mine angel to testify unto you these things in the churches. I am the root and the offspring of David, and the bright and morning star.” (Revelation 22:16)

“He who testifieth these things saith, Surely, I come quickly. Amen. Even so, come, Lord Jesus.” (Revelation 22:20)

Grant Phillips was saved at the young age of seven. Even then, the Bible was always dear to him, but as so many others, he rode the roller coaster of life far too many years before really getting serious about following Christ with a whole heart. Having gone through a few hard knocks himself, some by his own making, he now writes to help others grow in Christ, and not waste so much precious time.

Grant has pastored six churches, has been a Bible teacher for Christ during his life and has recently been called to minister by music to those in local retirement centers and nursing facilities.

Grant no longer pastors or teaches Bible classes, but has always wanted to write, but never did until September of 2010. He had finally had enough of what he was witnessing in the downfall of our churches and wrote an article called “What Has Happened To The Church?” He submitted the article to “Rapture Ready,” and they were gracious enough to post it. Since that time, he has been called to continue to write on behalf of Jesus Christ. Grant Phillips is recognized as an expert on End Times Prophecy and the Pre-Tribulation Rapture.